Shri Ashwini Kumar Tewari Chairman
Ashwini Kumar Tewari is a career banker and started his career in SBI in the year 1991 as a Probationary Officer. Presently, he is the Managing Director of State Bank of India handling the portfolio of International Banking, Information Technology and..

Ashwini Kumar Tewari is a career banker and started his career in SBI in the year 1991 as a Probationary Officer. Presently, he is the Managing Director of State Bank of India handling the portfolio of International Banking, Information Technology and Associates & Subsidiaries of the Bank. Prior to becoming Managing Director at SBI, he served as Managing Director and CEO of SBI Cards and Payment Services Ltd.
He has been a part of State Bank of India, India’s oldest and largest banking group, for almost three decades now and has handled several assignments for the bank, across various locations in India and abroad.
As MD & CEO of SBI Cards, he oversaw key partnerships inked with GPay, PayTM, BPCL etc and steered the company through the immediate aftermath of the Covid period.
Earlier, he was the Country Head of the US Operations of State Bank of India from April 2017 to July 2021. This included its offices in New York, Chicago, Los Angeles, Washington DC and Sao Paulo (Brazil). Prior to that he was the Regional Head and General Manager, East Asia, for SBI. Based in Hong Kong, he oversaw the business development and control of State Bank of India, in Hong Kong, China, Japan, Korea and the neighbouring region.
Over the years, he held other leadership positions at State Bank of India, including, the Deputy General Manager, (Operations & Information Systems), International Banking Group, Mumbai, Head of SBI’s Cash Management, Regional Manager, Branch Head, among others.
An electrical engineer by degree, he is a Certified Associate of Indian Institute of Bankers (CAIIB), Certified Financial Planner (CFP) and has done a Certificate Course in Management from XLRI. He also served on the Board of International Institute of Bankers, New York, and the Board of University of Washington Global Bankers Program.
Philosophy based on the principles of authenticity and bringing about meaningful change keeps him motivated in life. Mr. Tewari is a keen reader, with special interest in Indian history, science fiction and literature. An avid jogger and cricket enthusiast, when free Mr. Tewari loves listening to old melodies of Kishore and Rafi. 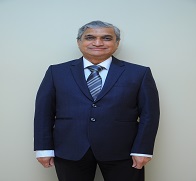 He conceptualized and successfully implemented the first take-over of an Urban Co-operative Bank by a Public Sector Bank in the country. The Shree Suvarna Sahakari Bank Limited was taken over by Indian Overseas Bank by way of take-over of its assets and liabilities. His turnaround strategy report for Bank of Maharashtra and its strategic plan for 5 years suggesting short term and long term measures was fully accepted by the Bank and the Bank turned around after successful implementation of the same. He was engaged by Reserve Bank of India to investigate into Indian Bank and he submitted an unbiased and conclusive report, which was much appreciated. Dr (Ms). Gitika Kapoor, a Doctor of Philosophy (Ph. D.) in Management, is currently working as Professor at R. A. Podar Institute of Management and Dean, Faculty of Management Studies, University of Rajasthan, and has 32 years of rich experience in academic, Institution Building, Administration, Consultancy and Training. She is a member of Editorial Board of the Nice Journal of Management, Ethics Committee-SMS Medical College, Committee for the evaluation of proposals to set up private Universities, Expert member of Bureau of Public Enterprise, Government of Rajasthan. She has been conferred with “Career Award for Young Teachers (1999-2000)” by AICTE. 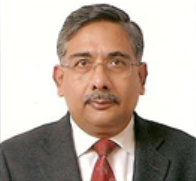 Shri Saurabh Chandra Director
Mr. Saurabh Chandra, a Graduate in Electrical Engineering from the Indian Institute of Technology, Kanpur (First with Distinction), retired from the post of Secretary, Government of India, Ministry of Petroleum and Natural Gas.

Mr. Saurabh Chandra, a Graduate in Electrical Engineering from the Indian Institute of Technology, Kanpur (First with Distinction), retired from the post of Secretary, Government of India, Ministry of Petroleum and Natural Gas.

He is currently a Public Interest Director and Chairman of the Board of Directors of Multi Commodity Exchange of India Limited and an Independent Director on the Boards of IDBI Trusteeship Services (ITSL), Usha Breco Limited and Vacmet India Limited. Also on the Panel of Outside Experts in technical Category of ONGC, Panel of Conciliators in GAIL for settlement of disputes, Member of the Technical Advisory Board of Intech Organics Ltd. and Member of the Advisory Board of CL Infotech Pvt. Ltd.
He is working for promotion of employed disabled persons as a Member of the Advisory Board of the National Centre for Promotion of Employment of Disabled People (NCPEDP).

He has vast experience in formulation and implementation of policies in multiple areas and sectors – oil and gas, industry & manufacturing, foreign direct investment, intellectual property and disinvestment including strategic sales. Shri Sunder Lal Bhatti is a science graduate with master’s in business administration (MBA-Banking & Finance) and joined SBI as Probationary Officer in 1988. He is a Certified Anti Money Laundering Specialist (CAMS) from ACAMS, an Associate of Indian Institute of Banking & Finance and holds Diploma in Treasury, Investment & Risk Management (TIRM). He has 32 years of experience in all facets of banking including treasury operations, risk management, international banking, marketing, retail banking, credit, and branch administration. Prior to this, Shri Bhatti was General Manager (Rupee Markets), Global Markets, SBI responsible for investment portfolio (SLR & Non-SLR) of the Bank consisting of Call Money, T-Bills, G-Sec., SDL, CP/CD/NCD/Bonds, Derivatives, Equity/Mutual Fund, etc. with AUM of over 12 lac crores. Apart from this, Shri Bhatti held following key assignments in State Bank of India: Mr Verma, starting his career with the Reserve Bank of India, held several key positions in the financial sector and with Regulatory and supervisory bodies. During his long span of 37 yeas in the industry, Mr Verma served as Chairman and MD of National Housing Bank, was appointed first MD&CEO and Central Registrar of CERSAI, Member (Finance) at Pension Funds Regulatory and Development Authority (PFRDA), Chairman at India Mortgage Guarantee Corporation etc. He was twice elected Chairman of the Asia Pacific Union for Housing Finance, an international body comprising various country members. Mr Verma played a key role in the formulation and implementation of several national level schemes and programmes on affordable and low-and moderate income housing, securitization and mortgage guarantee, various State housing policies, etc. in the mortgage industry and led several innovative and new Initiatives at PFRDA. He served on the Committees of the Govt of India/RBI/Industry bodies, and also served as Member of the standing Advisory Committee of the IBBI. Mr Verma holds Master’s Degree in Economics from Delhi School of Economics and is an alumnus of the Faculty of Management Studies, Delhi University.

Do NOT follow this link or you will be banned from the site!